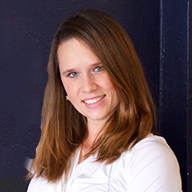 Sarah Bricker joined our marketing and communications team as a Communications Specialist in March 2015 and was responsible for corporate social media efforts. Bricker has had hearing loss since she was 13 and wears Starkey hearing aids. Prior to Starkey, she handled digital content marketing, social media and online advertising needs for B2B and B2C clients in St. Louis, and worked as a freelance reporter for the St. Louis Business Journal and the St. Louis Rams. Bricker graduated from the University of Missouri-Columbia with a Bachelor of Arts in journalism. 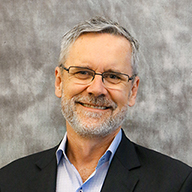 Simon Carlile, Ph.D., was Starkey's Senior Director of Research and helped lead Starkey Research in our quest for groundbreaking and innovative hearing solutions. Carlile has a BSc (Hons) and Ph.D. from the University of Sydney in auditory neuroscience. He completed his postdoctoral training at Oxford University where he was a Junior Research Fellow of Green College. He later established and became Head of the Auditory Neuroscience Laboratory at the University of Sydney. Carlile has also had senior management roles as Chief Information Officer at the University of Sydney and as the Chief Technology Officer for two start-up technology companies. Carlile has published more than 110 articles in peer-reviewed international journals, has a strong patent portfolio, edited a foundation volume on auditory virtual reality and is Associate Editor for Nature – Scientific Reports.