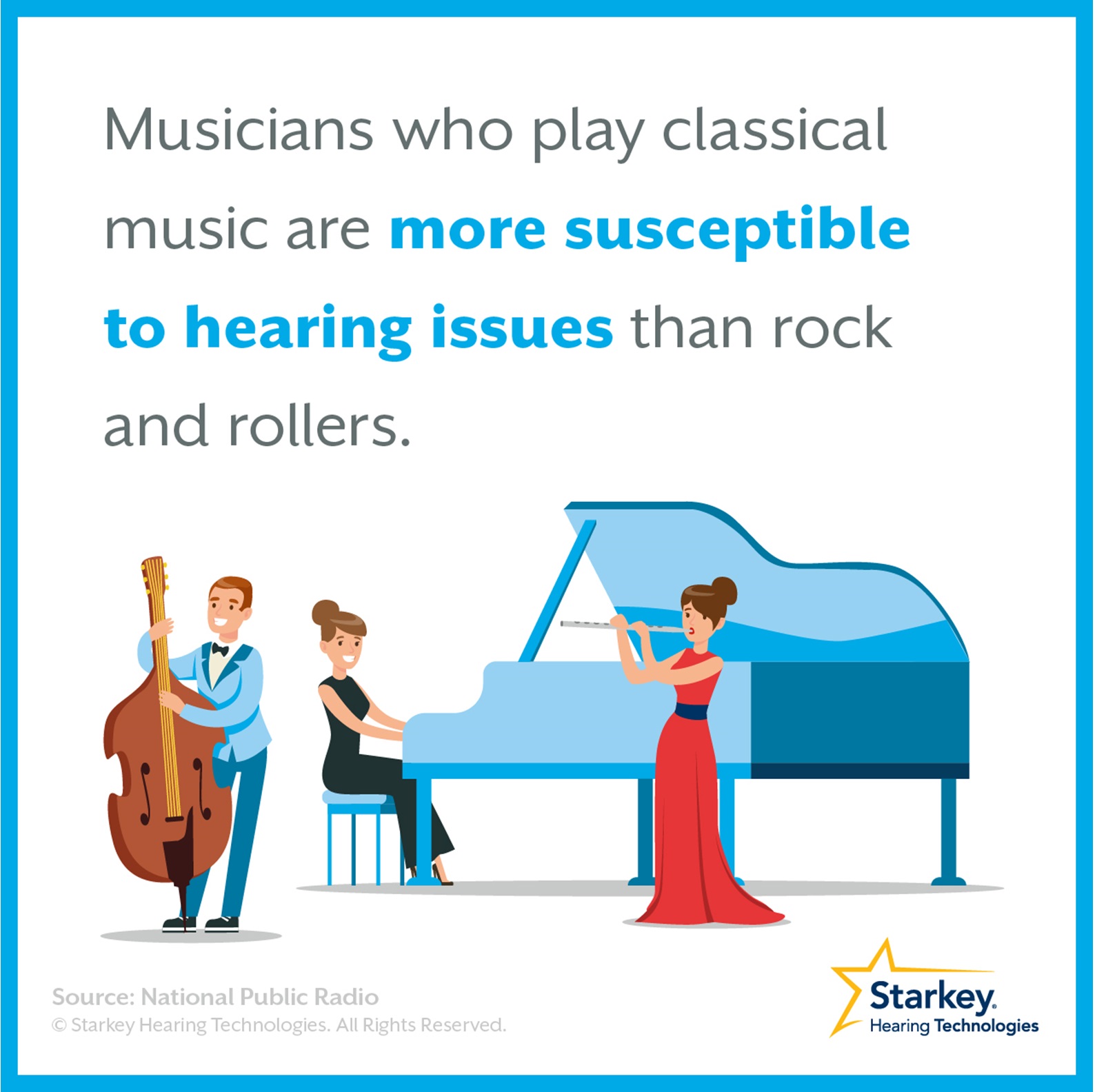 Today’s hearing fact is interesting, as it is definitely counterintuitive. Classical music is not usually played at the volume or intensity of rock music, nor amplified on stage with jumbo speakers.

But in a National Public Radio story titled, “For Musicians, Hearing Loss is More Common Than One Would Think,” audiologist Marshall Chasin — who works with musicians who have hearing loss issues — makes the case.

As Dr. Chasin notes, “It turns out that classical music is actually more damaging than rock ‘n’ roll. A rock ‘n’ roller might pick up their guitar on a Friday night gig, and may not even practice or touch their music for another week or two until the next gig. In contrast, a classical musician plays four, five hours a day practicing, they may teach one or two hours a day, and then they have four or five, or maybe seven or eight, different performances every week. So even though the spot intensity might be greater for a rock ‘n’ roll set, if you take the dose that they get — the number of hours per week you’re playing — for a classical musician, it’s much, much greater.”

If you are a musician — or one of the other 40+ million Americans with noise-induced hearing loss — do what the Centers for Disease Control & Prevention recommends and get a hearing evaluation right away. Call 0800 042 0000 or click here and we can help schedule one.